Home » Guides » How to Set Up and Use Ladder Jack Scaffolding

How to Set Up and Use Ladder Jack Scaffolding 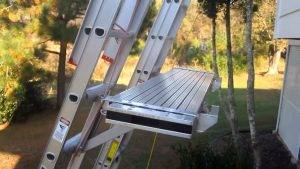 Ladder jack scaffolding systems are commonly used by professionals in the construction business because they are portable, easy to set up, cost-effective, and fit in narrow spaces.

What is a Ladder Jack Scaffold?

Ladder jacks are brackets that are triangular that you attach to the rungs and rails of a ladder. 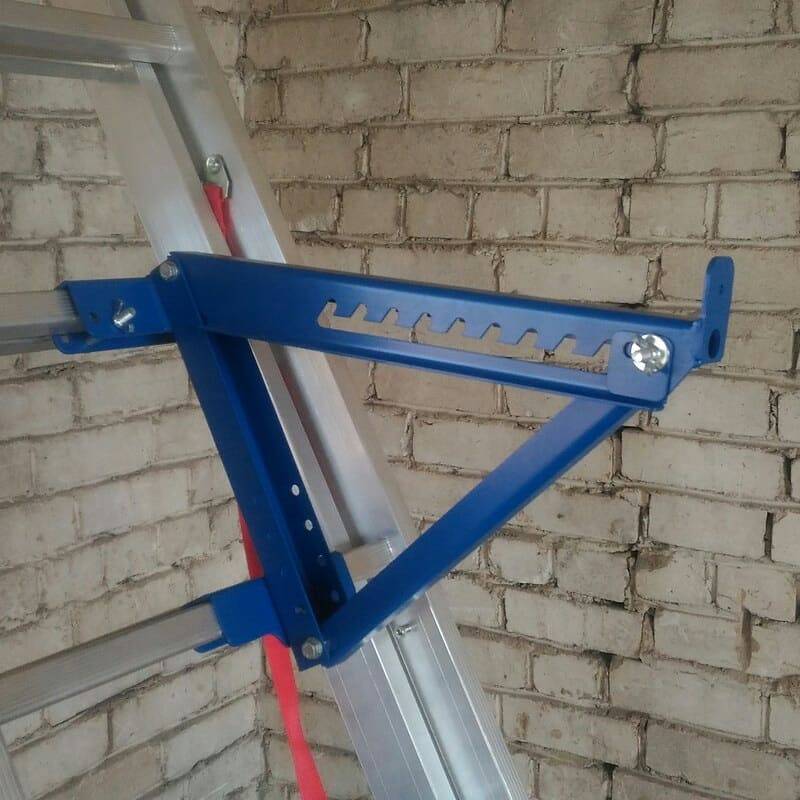 How to Set Up a Ladder Jack Scaffolding System

There are two main types of ladder jacks: side rail jacks and rung ladder jacks. Side rails are attached to the railings and rungs of a ladder.

Rung ladder jacks are attached to the rungs of a ladder. And depending on the style of the ladder jack, you can attach it to two or three ladder rungs.

The ladder jacks allow a plank to be placed between two or three ladders to be used as a work platform. So in essence, you would need to attach the brackets to the rungs of the ladders and then place the plank on top of the brackets. 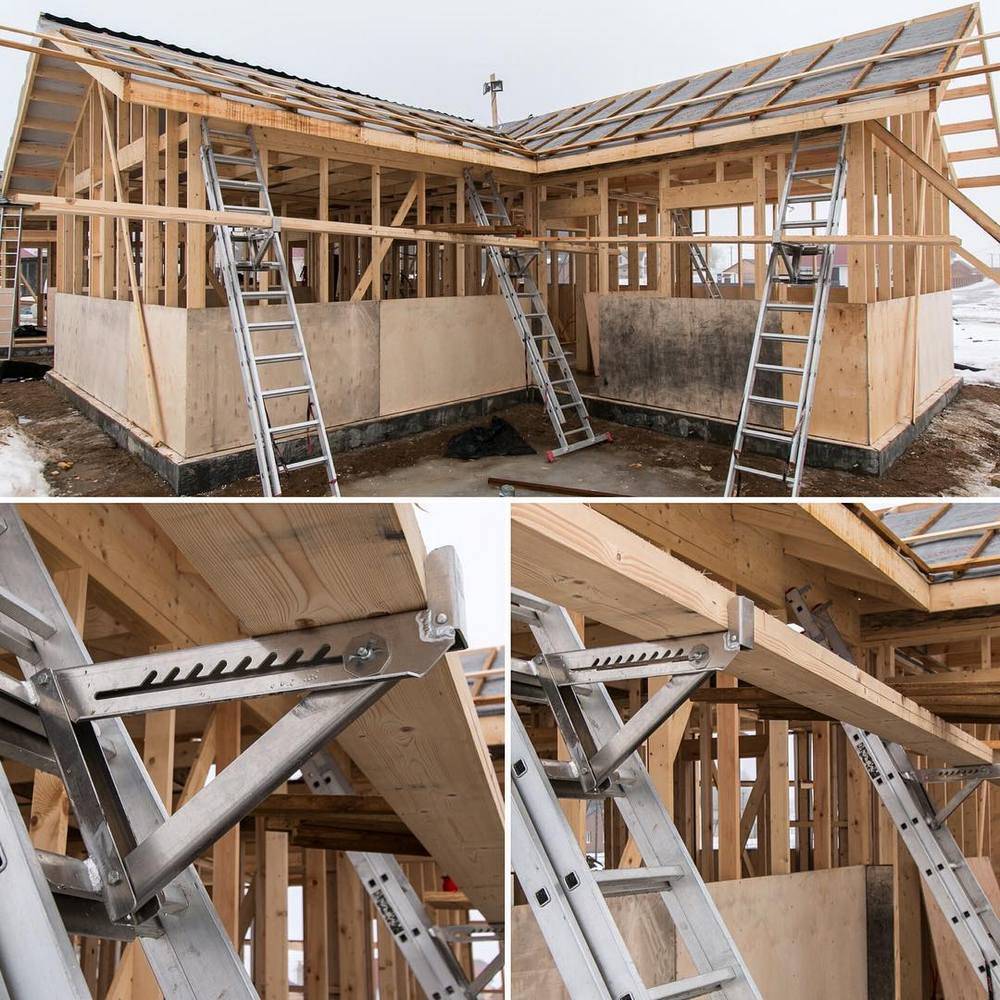 With that said, here is a step by step guide on how to go about setting up a ladder jack scaffolding system.

If you are using two ladders, make sure you set up the ladders first and check to see that they are steady.

If you are using extension ladders, make sure the locking systems are engaged. The other thing you need to check is the distance between the two ladders.

They should not be too far or too near each other. To know which is the ideal distance,  each of the plank’s ends should not extend more than 1 foot or less from the jacks.

Once you have set up the ladders and they are stable, attach the jacks on one ladder first before moving on to the second ladder. Make sure that the jacks are secured properly and both jacks are on set on equal height.

Place the plank onto the jacks on both ladders to create a working platform. And make sure that it is secure. You may need a second person to help you with the plank as it is easier done by two people than one.

And once the plank is securely placed, you are good to go.

How to Use a Ladder Jack Scaffold

There are appropriate ways to use a ladder jack scaffold to avoid serious injury.

So here are some safe ways to use a ladder jack scaffold:

Safety Tips When Setting Up a Ladder Jack Scaffolding System

It’s not easy to set up a ladder jack scaffolding system. To be honest, its a two-man job and you also need to know exactly what you are doing.

So it’s important you follow the instruction manual to the tee to avoid setting it improperly.

Failure to set it up the right way can cause serious injury. Also, you need to take safety measures to prevent accidents or injuries.

Here are some dos and don’ts when setting up a ladder jack scaffolding system:

How Long Does It Take to Set Up a Ladder Jack Scaffold System? 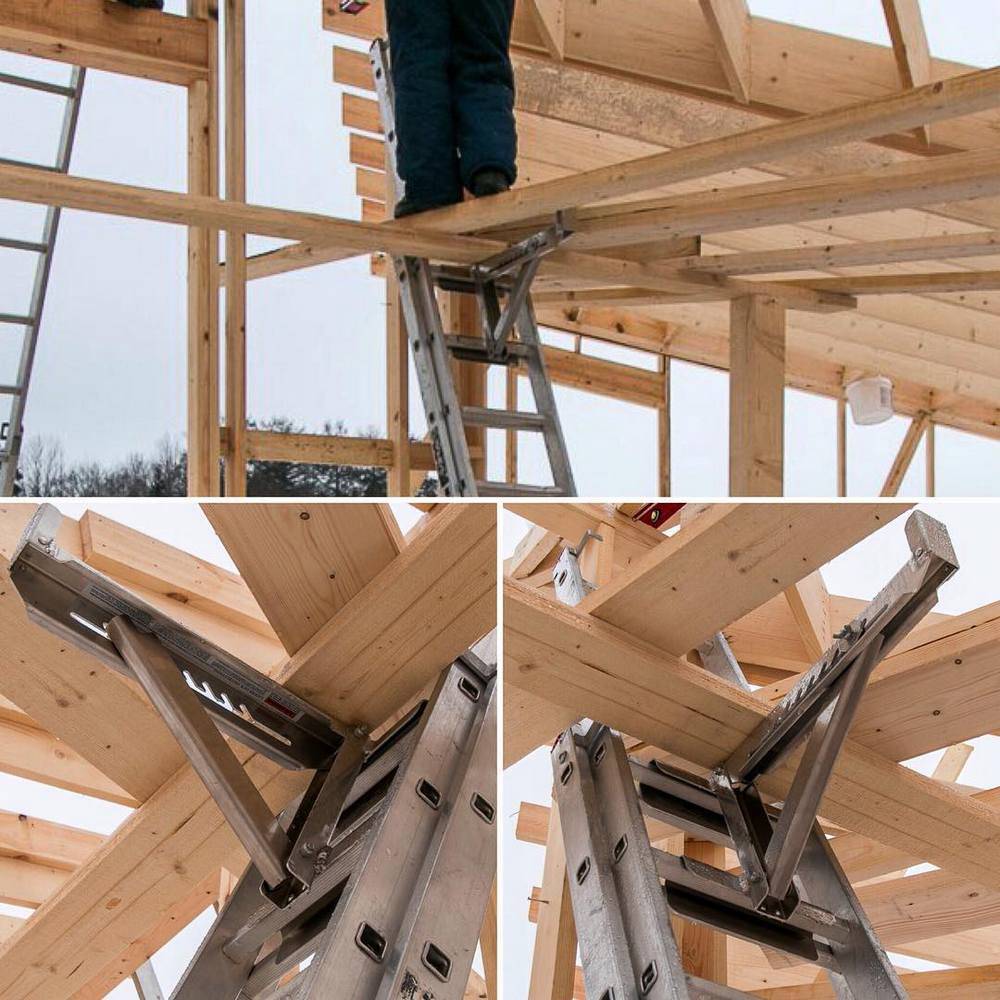 Do I Need to Wear Protective Gear Before Using a Scaffold System?

It is not advisable to wear shoes that have muddy or dirty soles when climbing up a ladder to avoid falling off.

People have fallen 11 feet from a scaffold system and suffered fatal injuries.

So it’s extremely important that you take all the necessary safety precautions and measures to avoid accidents.

Also, do not attempt to set up a scaffolding system by yourself as that may also increase your risk of accidents or injuries. Get one or two people to help you with the setup. 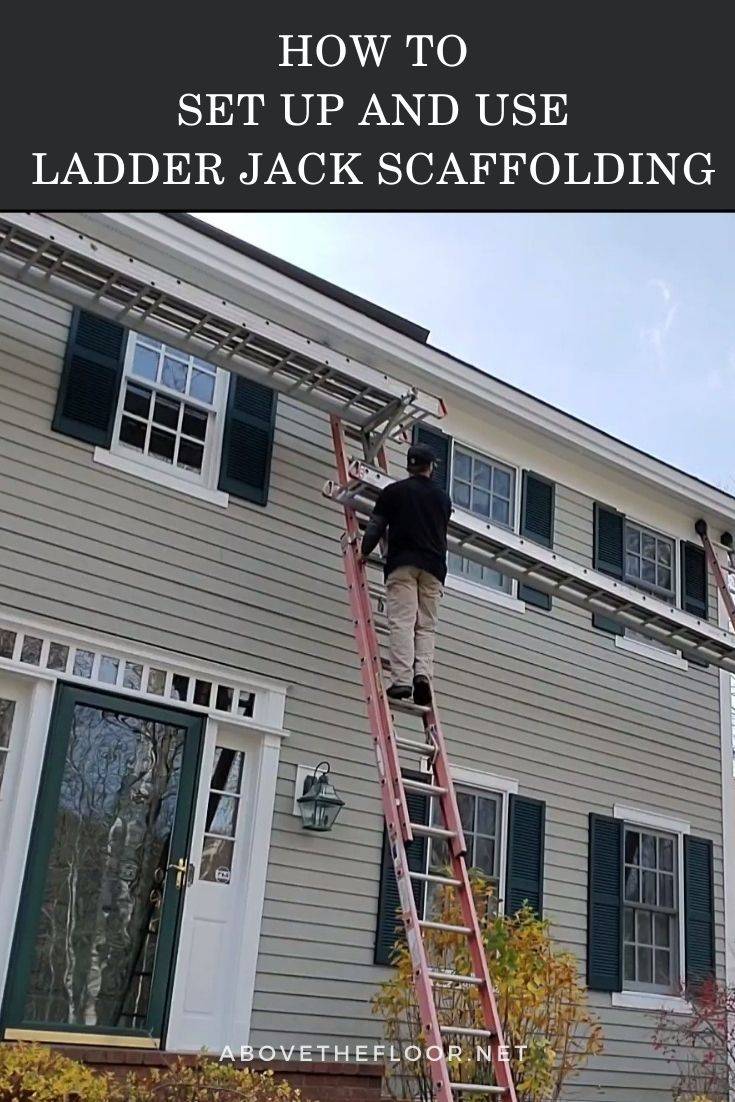